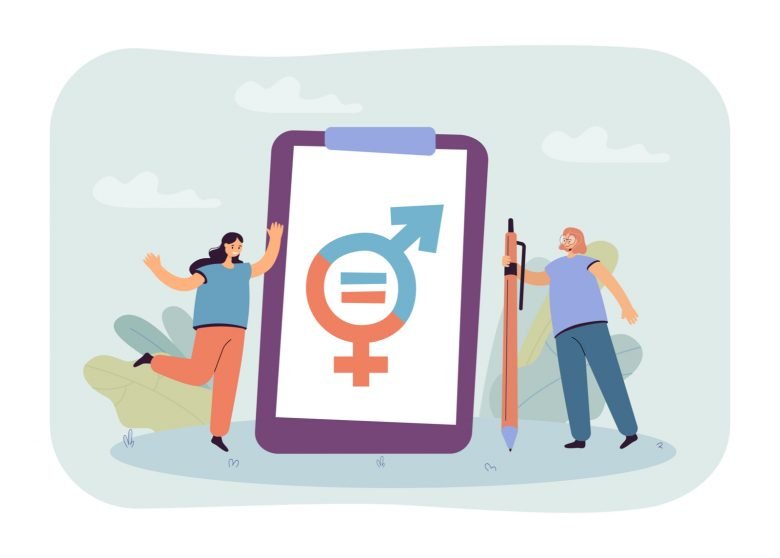 Gender inequality in business is about more than just the wage disparity between men and women; it’s also about female-led companies or their evident lack.

In the UK and worldwide, women continue to face barriers, such as problems accessing external funding, gender biases, skewed household dynamics, or a lack of support, when establishing businesses.

The Gender Index recently published a report that utilised AI-powered technologies to collate data from 4,412,017 active companies and 1,242 venture capital and private equity investors to reveal a deeper insight into the landscape of women in enterprise.

In this blog series, we bring you the key findings of the research and discuss the need to stimulate the growth of female-led enterprises.

The first article will concentrate on the data from England and Scotland, whereas the second part will cover Wales and Northern Ireland.

So, without further ado, let’s jump right in.

We’ll begin with a glance at the national data before moving on to the nuances of each country.

According to the report, active female-led enterprises account for 16.8% of all UK businesses. Interestingly, in 2021 one-fifth of newly established companies were female-led, which shows that the gap could be slowly narrowing, but it’s still not enough.

The most apparent inequality across the UK exists in high-growth companies. These include FinTech, digital security, financial services, property and land development, and medical instrumentation.

Strikingly, there are clear tendencies when it comes to business funding. The majority of investment in the UK goes to male-led enterprises (66.1%), with just 11.9% going to female-led companies, and the rest flowing to mixed-leadership businesses. Furthermore, the angel is the most common type of investment in women’s startups, with female angels being more inclined to invest in fellow women entrepreneurs.

Finally, the leadership composition in the UK greatly varies depending on the sector. Male-led companies dominate most industries; however, female leadership is more pronounced in the health, wellbeing, social care, and education sectors. This might be explained in part by the large proportion of female professionals in these fields, or by the overall skewed perception that women are better suitable than males in these sectors.

Data obtained for England demonstrates that out of all the nations within the UK, it has the highest percentage of female-led businesses.

Nevertheless, there are some evident disparities between different parts of the country. Illustratively, statistics reveal that London (18.3%) and the South East (16.8%) have the most female-led enterprises, whereas Yorkshire and the Humber (15.6%) and the North East have the least (15.3%).

Evidently, in the northern regions of England, in several high-value-added industries, women-led enterprises remain underrepresented. This could be partially attributed to the widening north-south divide, with more government investment flowing into the London metropolitan area.

Women in the technology and finance industries face numerous obstacles; the lack of diversity and bias makes success in these fields challenging.

According to data, only 9.1% of women lead financial services firms and 12.2% run tech and communications enterprises. Consequently, this limits a country’s ability to lead innovations and generate higher revenues through a diverse workforce.

What’s the Situation in Scotland?

Relative to the UK average (16.9%), Scotland has a slightly lower rate of female-led businesses (15.4%). Strikingly, Scottish data reveals that female-led high-growth enterprises are more widespread in Scotland (12 %) than in the rest of the UK (8.7%).

However, the Gender Index reveals that raising capital in Scotland is more challenging than in the rest of the UK. Out of 34,385 women-led companies, only 6,980 (3.1%) attracted external investment, potentially limiting their growth potential.

In Scotland, specific industries, such as arts, entertainment, recreation, education, and health and wellbeing, seem reasonably well represented compared to the rest of Britain. Nonetheless, finance is one of the industries where female-led high-growth enterprises are either absent or present in minimal numbers, which reveals a grim situation for Scotland.

We’re Prepared to Help You Challenge the Status Quo

The 200 Billion Club believes we’re still far from a fair representation of women in business. Our goal is to help female founders secure funding and achieve their full potential by breaking stereotypes and stigmas.

Do you want to learn more about our expert-led 12-week programme for women founders, which teaches how to pitch effectively, negotiate powerfully, and put your business in the best position for funding success?

What are the latest web3 trends out of Europe? Watch this talk by Bridget GREENWOOD the co-founder of The 200 Billion Club at SIS22 to find out! 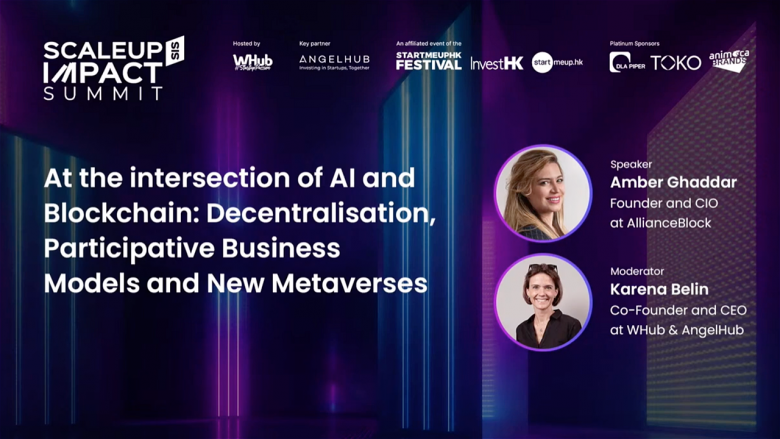 Amber Ghaddar, Founder of The 200 Billion Club and AllianceBlock, gave a keynote on the intersection of AI and blockchain at SIS22. In this talk, she discusses how these technologies are changing various industries and what that means for the future. 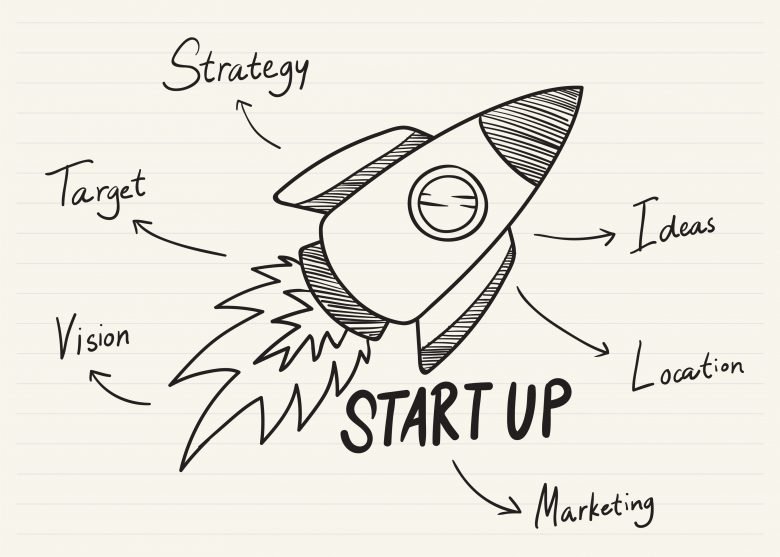 From MVP to Market Ready. Common Startup Mistakes and How to Avoid Them

A recent report by Sifted indicates that starting a successful business could be an arduous undertaking while keeping it operating past the seed stage is even more challenging.

In fact, on average, 90% of startups fail due to numerous significant obstacles that get in the way. However, despite the dose of reality, you shouldn’t be discouraged as an entrepreneur to embark on your next venture.

This article delves deeper into the nature of establishing a future-proof business, exploring the most prevalent startup challenges and how to overcome them.

So, if you want to learn more about the topic, stick around till the end.

According to the CBInsights Survey, startups fail for several reasons, including an inability to raise additional financing, a mismatch in the market, being outcompeted, and a poor business model, among others.

Interestingly, 38 percent of firms indicated that the primary cause for bankruptcy was a lack of cash and an inability to raise capital. Looking further into the demographics, women-led enterprises face even more significant challenges, receiving only 2.3 percent of venture capital funding in 2020.

The second and third causes of startup failure were inadequate market demand and competition; however, despite knowing the ‘why,’ many businesses still fail to get off the ground. Indeed, startups can be notoriously complex to operate, but spotting the right opportunities and carefully navigating the obstacles can pave your way to success.

Tricky Early Stages for a Startup

From developing the initial idea to launching the product, running a startup business means a steep learning curve for everybody involved. As an entrepreneur, you must know the critical initial stages that can break or make your business.

A solid business idea is a basis for an MVP. But, just having a great concept or a product does not automatically mean that it will appeal to the market – you must also diligently research your target customers to know exactly what clicks with them.

Sifted’s data confirms that only 10% of startup founders were confident in their go-to-market strategy before launching the product. Indeed, many entrepreneurs admit that they analysed markets too late, failing to nail the commercial model and customer approval early on, which led to premature business failure.

At the 200 Billion Club, we advise our startups to use a framework for product/market fit that includes marketresearch, which can be as simple as phoning your potential future customers in order to understand first their needs and second whether your product will be useful to them. This technique has the added benefit of building your future customer base. As one of our founders always says “people love to talk about their likes and dislikes but they don’t like to be contacted for for a direct sale, it’s important how you proffer the ask for your research.”

Take Feedback On Board

The product-market fit is somewhat fragile at the beginning; thus, you need to absorb all the feedback on your product. Negative words can hurt and hamper motivation, but taking them onboard will ultimately allow you to perfect the product for your customers and save money in the long run.

Caroline Hughes, CEO of Lifetise has been building her company with feedback since inception: “You need to build your openness and resilience to feedback early. Get the first version of your product out into the market in its ugly, unpolished state and let your audience tell you what works. We have a mantra at Lifetise of “build in public.” You can only improve the product if you have enough people using it (quantitative data) and telling you what they think of it (qualitative data).”

Tap Into Operational Expertise Early On to Enable Growth

As and when your business grows, you want to have the right people on board – and that doesn’t mean junior staff members. We’re talking about senior talents with the right expertise to take your venture to the next level. Often, startups are reluctant to aim high when it comes to early hiring decisions, but with the right-fit candidate, the investment can pay off quickly.

As an entrepreneur, you might want to do it all by yourself, thinking you’ll save the resources. Operating a company alone can get lonely and daunting as soon as you hit an obstacle. Failure to hire additional staff and tap into consultants means you undervalue the potential these individuals can bring to the table. One of our founders, Amber Ghaddar says: “If you have just finished your raise, then a market downturn is a great opportunity to hire talents at a more competitive rate. But keep in mind if you are about to raise in less than 12 months (in a downturn market), you need to adjust your priorities and make sure that the ROI on your expensive hire is worth it”. More on how to navigate your startup through market downturns here.

Running a startup requires precise orchestration of multiple fronts, which is often easier said than done. Ultimately, it boils down to three key elements – the unique business idea, the ability to raise capital to support product development and growth, and the right people within and outside your organisation.

With a robust business idea that generates sufficient demand, you can be sure that your product will gain traction and provide a basis to raise additional financial capital. In addition, surrounding yourself with experts early on will offer new perspectives in the most efficient way to impact your bottom line.
At The 200 Billion Club, we want to level the playing field for female entrepreneurs across various industries to get the financial resources and the help they need to succeed. Our unique 12-week hands-on programmes for high-potential female founders can open up the doors to effective pitching and powerful negotiation to put your business in the best possible position for fundraising success.